Brownsburg Percussion is a Two Time IPA State Finals Competitor, Finishing 4th in 2017 and 2nd in 2016

Brownsburg Percussion is an Exclusive Endorser of All Vic Firth, Zildjian and Remo Products 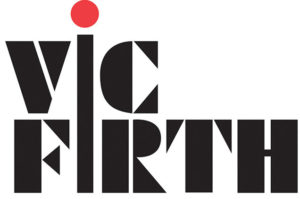 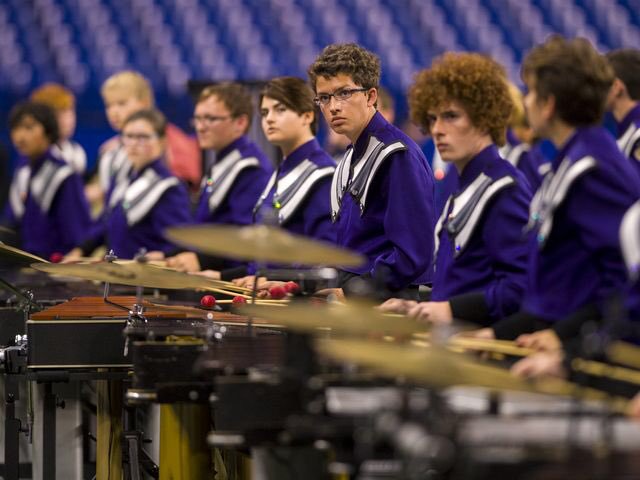 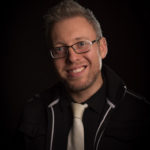 For over 10 years John has been a central piece of the Indianapolis music scene. Being a versatile drum set player has placed him in many different circles of the community. Recently, John has performed with multiplatinum-selling singer, composer, lyricist, pianist and actress Ann Hampton Calloway (www.annhamptoncallaway.com) and has upcoming shows on the book with her as a drummer for her Indiana tours. He has also had the great pleasure of working with iconic organist Melvin Rhyne of Wes Montgomery and has released a record with Indianapolis jazz guitarist Steve Weakley of popular 70s band Funk Inc. Performances with other local jazz greats in the area include The Buselli Wallarab Jazz Orchestra, Rob Dixon, Marvin McKay, and Frank Glover. John is also well versed in the blues scene as he has played several gigs with Severn, Delmark, Rounder Records recording artist Tad Robinson (www.tadrobinson.com) and other local greats Gordon Bonham (gordonbonham.com) and Paul Holdman (www.paulholdman.com/)

For the past 7 years, John has been the drummer for the corporate party band The Bishops Entertainment LLC (thebishopslive.com) and plays over 100 shows a year ranging from weddings and outdoor festivals to corporate parties and events. He has also served as a sub drummer for many of the community’s most successful corporate bands including Living Proof (www.livingproofmusic.com), Dave and Rae (www.daveandrae.com), Blue Water Kings Band (www.bluewaterkingsband.com), and many others. John was also very fortunate to be a part of A.R. Rahman’s Unity of Light tour as he performed with Global Rhythms, under the direction of Srinivas Krishnan. 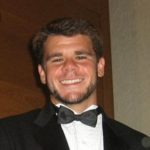 Chris is currently a percussion instructor and arranger at Brownsburg High School in Brownsburg, Indiana.  He also serves as an arranger and teacher for the Plainfield Percussion program, directed by Derrick Shannon.  Chris is also serving as the Front Ensemble Caption Head at Legacy Indoor Percussion based out of Indianapolis, Indiana and the Front Ensemble arranger for Orange County Independent, a PIO group based out of Costa Mesa, California.

He received his Master’s degree from Indiana University, and his Bachelor’s degree from Middle Tennessee State University, where he also served as an Adjunct Professor of Percussion in 2014. During his time at IU he served as the associate instructor for the Marching Hundred Drumline. His responsibilities included teaching and writing for the drumline throughout the fall season. His responsibilities at MTSU included teaching private lessons, working with the MTSU drumline, and teaching percussion ensemble.

Throughout his career Chris has performed in several solo and ensemble competitions, most notable being his performance with the IU Percussion Ensemble PASIC showcase concert in 2013.  He’s also competed in the PASIC marching competition in Keyboard Individuals and Small Ensemble.  He was also a performing member of the MTSU PASIC Clinic Drumline in 2009 (snare) presenting a clinic on incorporating world percussion styles into the drumline setting.  He has performed as a featured soloist for several groups including the MTSU and Indiana Percussion Ensembles.  His major influences include Erik Johnson, Kevin Bobo, Michael Spiro, John Tafoya, Lalo and Julie Davila, Alan Miller, and Leigh Howard Stevens. 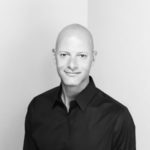 Zach Schlicher began his drum corps career with The Cadets in 2001. Upon aging out in 2004, he began teaching the snare line at the Madison Scouts. After two seasons with the Scouts, he moved to be on the faculty of Carolina Crown for the next ten years. Away from the drum corps ﬁeld, Zach works with several scholastic and independent programs within BOA and WGI. Over the last twelve years, he has developed a unique set of skills which allow him to take on multiple responsibilities and roles with any ensemble. Zach studied percussion at Indiana University of Pennsylvania and the University of Massachusetts Amherst. Presently, he resides in Indianapolis, IN, but travels to work with multiple programs within North America. Along with his design/instruction commitments, Zach occasionally performs on cast with Aerial Experience Productions and has performed with Blue Devils Entertainment. He has also been featured on VicFirth.com in the video lesson series “Hybrid Rudiments.” Zach is endorsed by Vic Firth and Evans Drumheads.